Most studio films are enormous nets, designed to scoop up the largest possible global audience. The specialty divisions, in turn, aim for niche audiences with more talk, less action (thanks to Quentin Tarantino, sometimes both); would-be auteurs or the real deal; and as many talking points as the Democratic National Convention (racism and sexism bad, multiculturalism good).

Most of these niche films are nice, polite films of the sort you hear about on National Public Radio in between sob stories and pledge drives. Some are indelible works of art. Most are disposable, and many look, sound and play out, beat for beat, like Hollywood movies with lower budgets. 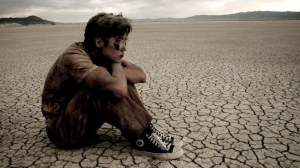 Their provocations are superficial, tiny jabs against putative political correctness, like those of the pregnant teenager in “Juno.” These are not films that will ever create a new wave; they barely make a ripple, and intentionally so, since each ripple might threaten possible revenue. Better to make audiences smile than make them squirm, better to reassure them than shake them up, better to stay safe than say, “Sorry, Mr. Murdoch.”

Lance Hammer’s “Ballast,” an elegiac, rapturously lovely story set in the Mississippi Delta and featuring a cast of unknown black actors, would have been news in any year, but it means more now because it’s another reminder that independent filmmaking means more than signing with Fox Searchlight. And, indeed, of these four films I just mentioned — all idiosyncratic, intensely personal, stylistically venturesome, nonformulaic — only “Sugar” will be released by a studio division, Sony Pictures Classics. “Momma’s Man” is being released by tiny Kino International and “Wendy and Lucy” will reach theaters later this year courtesy of a newcomer, Oscilloscope Pictures. Mr. Hammer originally signed on with IFC Films, but, believing he could improve profits without a middleman, especially in today’s overcrowded market, has decided to release his movie by himself.