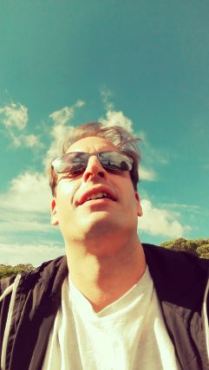 Spanish-Ecuadorian (1979) raised in Stockolm, Berlin, Bucarest and Brussels where I begin my film studies. After I complete my MFA at Pompeu Fabra in 2002, I shoot the hybrid film Looking for Marton in Budapest with famed artist Lazslo Marton. Con Diva was my first live-action short film selected at Cannes’s Critic’s Week and Sundance Film Festival. Subsequent to producing, writing and directing several other short films including White with Cary Fukunaga (Bond 25) as DoP and Ana Asensio (Most Beautiful Island) in the main role, Barcelona FIlm Project with Diogo Costa Amarante (Golder Bear in Berlin with Small Town), The Captain, La Guagua, and Chunchi, I film the independent feature Next To Babilonia in Ouarzazate, Morocco. The film screened at Cartagena FF in Colombia and received the award for Best Director at The European Independent Film Festival 2009 in Paris and Best Picture at Madrid Int. Film Festival. In 2018, I shoot in Mexico Island of the Dolls with Isela Vega (Bring Me the Head of Alfredo Garcia by Sam Peckinpah) in the main cast.

In 2021 I shot Desatado in Tarragona, where I currently live.